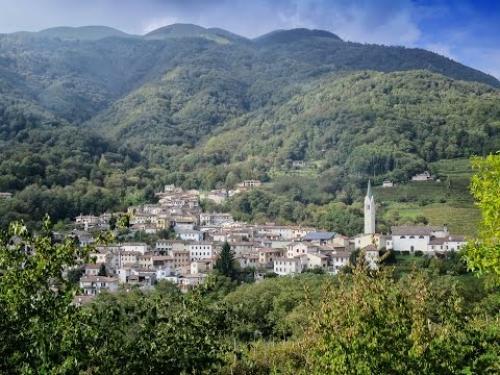 In the green slopes that descend from the Massif Cesen lies Valdobbiadene, a land rich in history and culture, lucky land for its enviable geographical position.

Currently tourim is expressed with different needs. The quietness of our green valleys and hills it remained intact because it remains a striking and salutary reminder for those who love and looking for rest and peace.

Restored castles, ruins of towers, structures incorporated in cities, defensive wall, mark the area continually put off to history, to the events of communal autonomy, opposed to the relations between the lords.

Combai and particularly Colmellere Borought, (is) an ancient Village surrounded by Chestnut groves and vineyerds, owes its name to the Medieval origin, in fact the “Colmello” was the smallest unit of Middle Ages. In the hamlet, it is peculaiar “The road of Fan” built to women, children and old Combai during the first World War by the Austrian Army Corps of Engineers.

In Conegliano Veneto, the medieval Castle (nowadays public museum) on the top of “Colle di Giano” is one of the most ancient architectures of the town. From the original complex remain the Bell Tower, part of the ancient Cathedral and part of the Town Wall.

Along the way in Via XX Settembre, traditionally called Contrada Granda, stand the Cathedral and many ancient porticoed buildings: some of the most outstanding are Casa Piutti, Accademia Theater, the City Hall, Casa Longega, Palazzo Sarcinelli, Palazzo Montalban Vecchio, Palazzo Montalban Nuovo and Monte di Pietà.

Another piece of artistic importance is the Fountain of Nettuno. 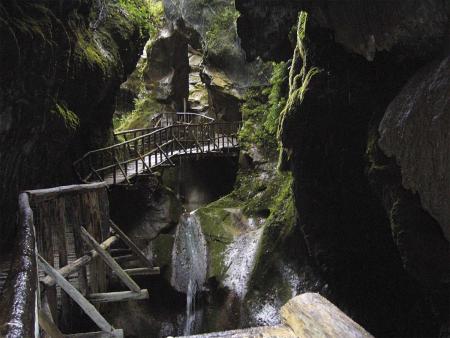 The “Grotte del Caglieron” are located in Breda di Fregona and represent a complex made up of a natural cave sprinkled by other ones. The mines, going back to the '500, were providing the “Piera Dolza” (Sandstone), necessary to build the jambs of the houses.

Particularly touristic is also the plateau with the forest of Cansiglio: the forest has been for centuries a reserve of wood for the building site of the venetian's fleet.

To see: the parish church, dedicated to the Assumption of Maria and reformed in 1474.

The center of Miane collects many historical buildings: the Church of 1878 shows inside a tabernacle of great value, as well as many paintings.

In “Visnà” visitors can find the Sanctuary of the Virgin, while in “Forca” the ancient jail of Valmareno.

To see, especially in summer, the alpine huts of Budoi and Mont, the mountain pastures, the suggestive old houses of Federa ai Pian and the shelter of Posa Puner.

Saccol is a small village placed in the heart of the area called Cartizze and it offers to the visitor a landscape of rolling hills covered with vineyards. The building that houses the Exibition (mostra) of wine is characteristic. It was in fact, until 1969,the elementary school of the village. It is located at the foot of the hill called Croset, that was, in the centuries, first of all a fortified outpost than a stone quarry and finally, as the whole area, a vineyard.

An other interesting place is the oratory of S. Biagio Stana. Tradition tells that it is the oldest Christian place of worship of the entire town of Valdobbiadene.There are also the Wayside shrines of SS. Biagio e Rocco.

In S.Pietro di Barbozza we find the headquarter of the Brotherhood of the Prosecco in Casa Brunoro. The Brotherhood is chaired by the grand Master and it is composed by scholars, producers and protagonists of wine world. It aims to promote and spread the knowledge of Valdobbiadene DOCG. The Hermitage of St. Alberto, located in loc. Barbozza, ancient place of worship and pilgrimage; the Oratory of S. Biagio and the Church of SS. Vittore and Corona are interesting to discover. In the town of S. Pietro there are often wonderful cultural and hiking initiatives, as Vignarte- sculpure symposium- or the ring of Prosecco.